Past Commander Hal O’Neill and VFW Post 2913 had their stones placed on Main Street as part of the new order for Lights on Veterans program. Afterwards some of the members joined Hal and his family for lunch at RHUMs 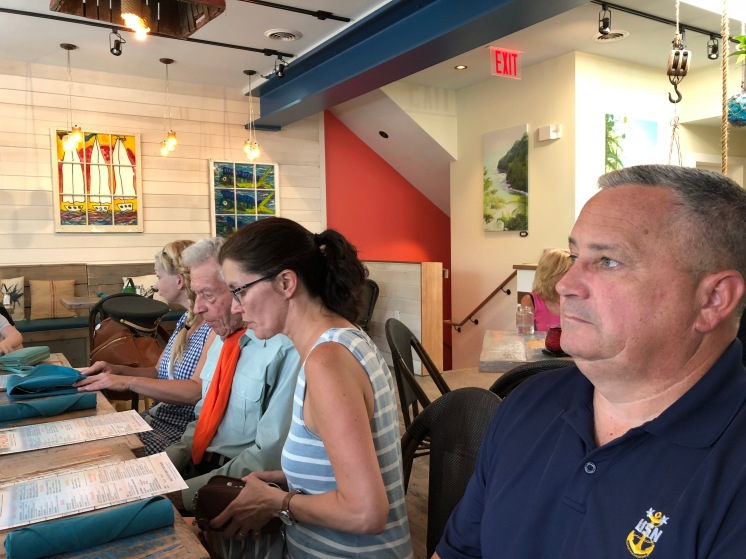