It is important to remember that Buddy Poppies are a special fundraiser for the VFW, but also provides jobs to disabled veterans. Buddy Poppy started in 1922, and the poppy soon was adopted as the official memorial flower of the Veterans of Foreign Wars of the United States, as it remains today.

The program is designed to help veterans and their families in need, and provide assistance to the VFW National Home For Children.. But more than that, buddy poppies are assembled by disabled veterans and those in recovery programs at VA facilities that have no other source of income.

None of the money raised goes to the post, all money from the buddy poppy program goes directly to veterans in need and the National Home. While Buddy Poppies are a year round program, it is pushed the most during the month of May, when we remember those that gave so much for this country.

This month so far Quartermaster George Barrett, Incoming Commander Dave Rogers and Incoming Jr. Vice Commander Jeff Molitor have gone out to distribute Buddy Poppy around Patchogue. Thanks to their dedication VFW Post 2913 has been able to raise close to 700.00 so far this year in our efforts to help veterans and their families.

If you are a member of the VFW it is important that you help support this program by getting out and distributing buddy poppies. 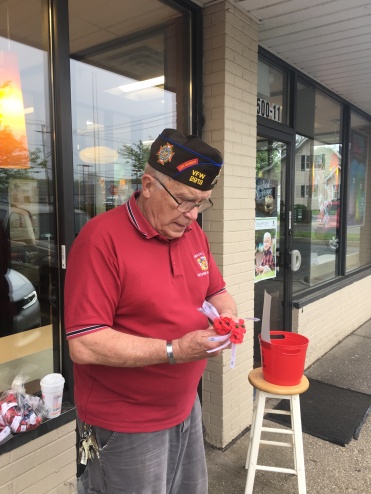 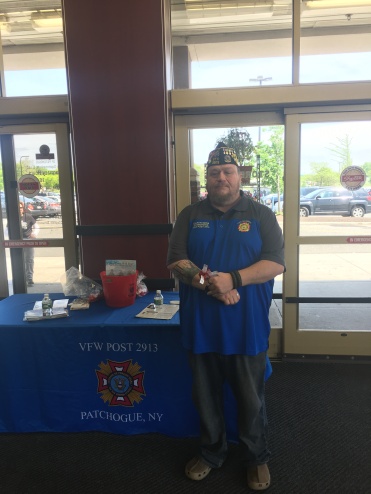