The winners were joined by their families and members of their VFW Posts came out to show support as well. Besides their awards presented by Sabrina Lacy Commander of the Suffolk County Council and Dave Rogers Jr. Vice Commander and Chairman for the Voice of Democracy for the County VFW they were presented awards from local officials to show their support for the students and the program. All students received a certificate from Congressman Lee Zeldin. Efrain Laguna received an award from Town of Babylon’s Councilwoman Jaqueline Gordon. Jordon McClintock received certificates from Jane Bonner from the Town of Brookhaven and Sarah Anker County Legislator. 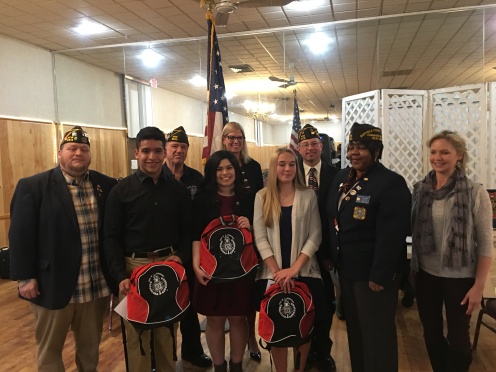 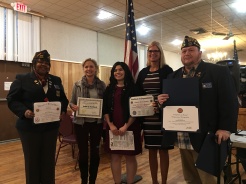 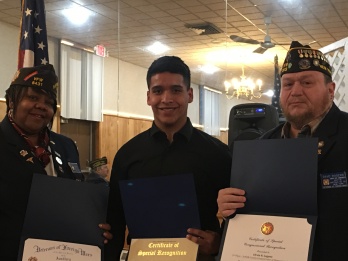 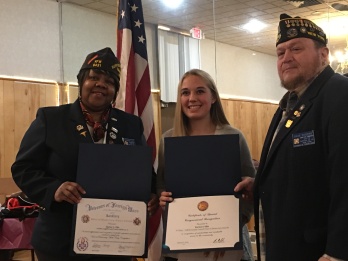