Sr. Vice Commander Dave Rogers met with some of the people involved in the planning for the Art District in Patchogue to talk about ideas, language in the proposed draft to the planning board and the needs for the area. 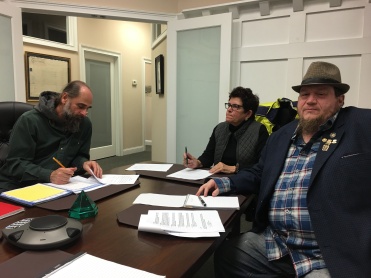