Skip to content
Dave Rogers, senior vice commander of VFW Post 2913 in Patchogue, and Junior vice commander Suffolk County Council VFW Patchogue, is walking the 5k at the Suffolk Marathon on Oct. 28, 2018. Net proceeds of the race benefit organizations serving Suffolk County veterans.
Here’s why he’s participating.
“Since breaking my neck, I was told I would never be able to do many of the things I did before. 17 years later, I am continuing to prove them wrong and show the support and hopefully inspire strength in other disabled veterans. I do these run/walks for the Disabled Veterans and Veterans of Foreign Wars to show we may have gone through a lot, but we can still hold our heads high.” 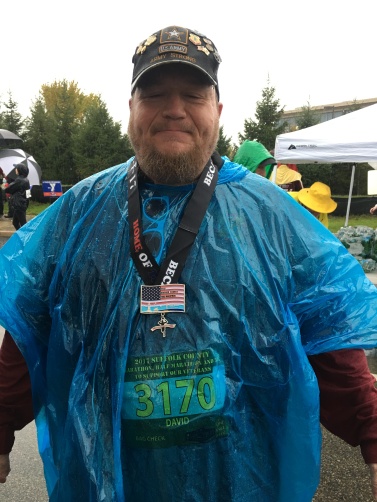